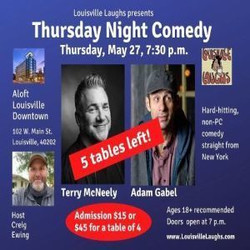 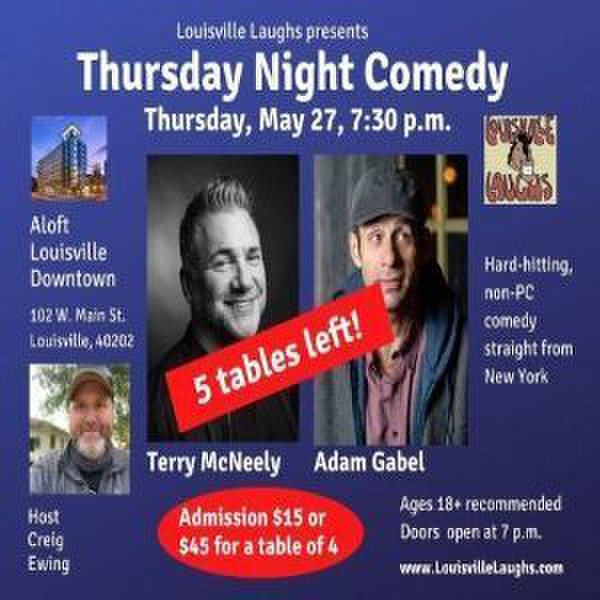 Join Louisville Laughs at the Aloft Louisville Downtown on May 27 for a night of comedy New York style.

He is joined by Brooklyn native Adam Gabel, who is becoming known as "The Guy with The Voice and The Hat." His quick wit, charming stage presence and off kilter delivery have earned him frequent comparisons to Mitch Hedberg and Steven Wright.

Doors open at 7 p.m. Drinks and snacks are available in the Corner bar in the Aloft lobby.