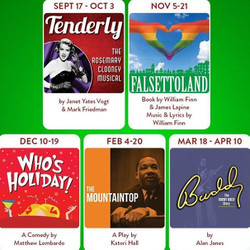 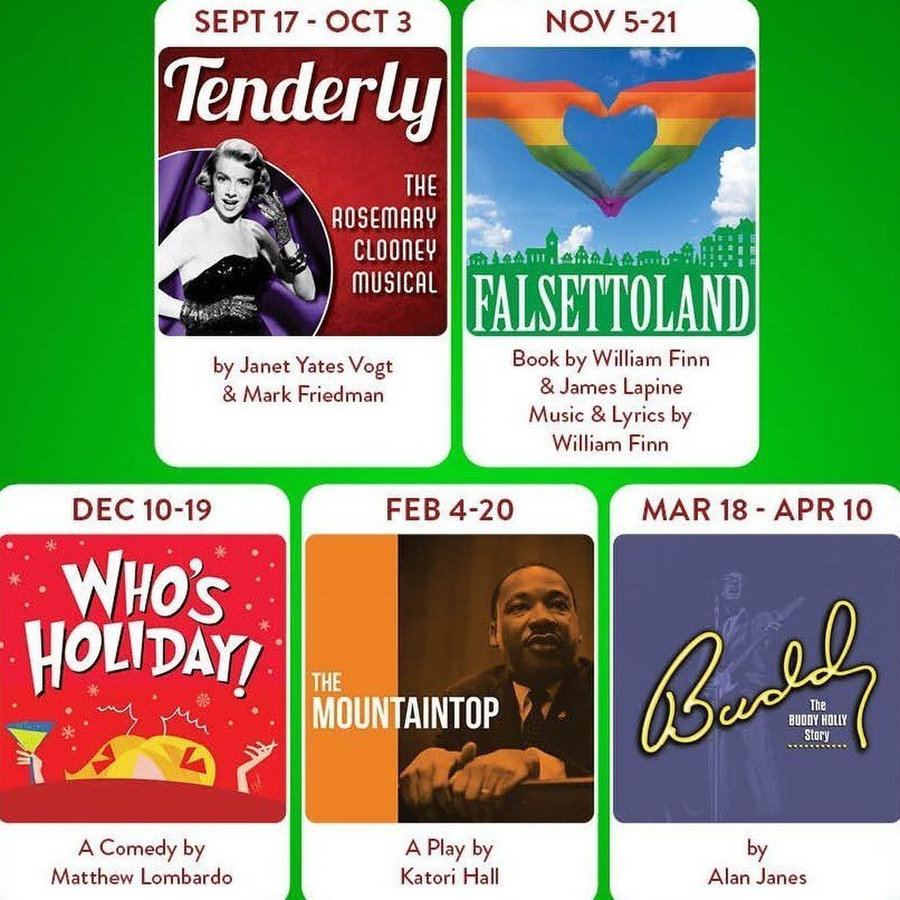 Falsettoland: Marvin leaves his wife and young son for his male lover, while his psychiatrist moves in with his wife. In the end, he is left with nothing except the possibility of a relationship with his son who is terrified of growing up just like Dad.

Who's Holiday!: A wildly funny and heartfelt adults-only comedy that tells the story of Cindy Lou Who as she recalls that Christmas Eve she first met the Grinch and the twisted turn of events her life has now taken.

The Mountaintop: A gripping reimagination of events the night before the assassination of the civil rights leader Dr. Martin Luther King, Jr. On April 3, 1968, after delivering one of his most memorable speeches, an exhausted Dr. King retires to his room at the Lorraine Motel while a storm rages outside. When a mysterious stranger arrives with some surprising news, King is forced to confront his destiny and his legacy to his people.

Buddy - The Buddy Holly Story: Tells the true story of Buddy's meteoric rise to fame, from the moment in 1957 when 'That'll Be The Day' hit the airwaves until his tragic death less than two years later on "The Day The Music Died". The show features over 20 of Buddy Holly's greatest hits.