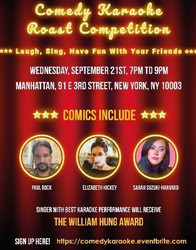 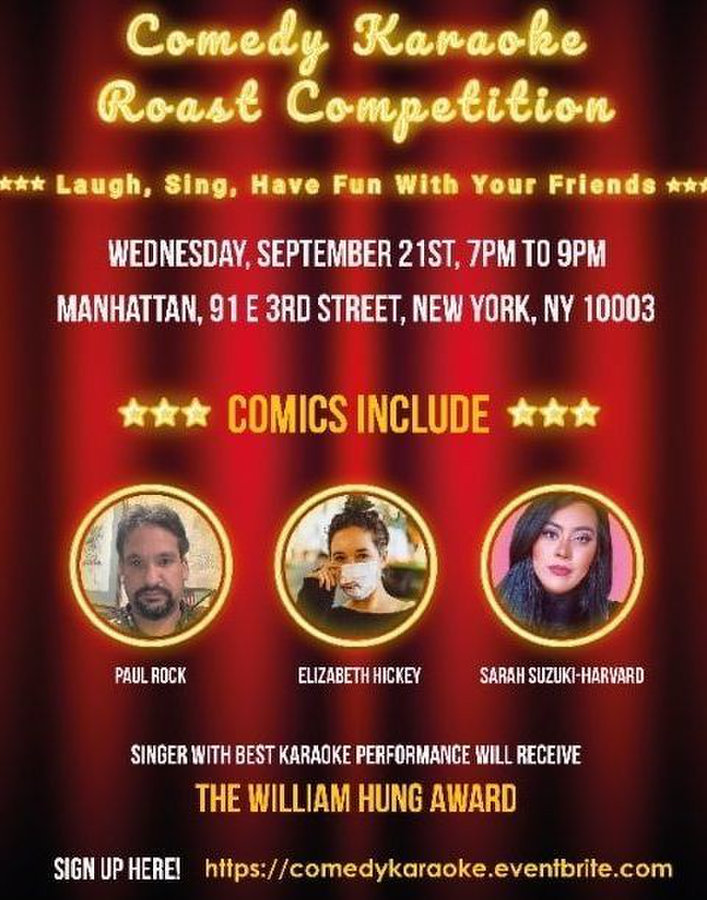 This is not your typical Karaoke night or your typical comedy night. This is a night where it is fun to watch people do karaoke and even funnier to watch karaoke performers get roasted by real comedians.

In addition, we will be giving prizes.

Winner of karaoke will receive the William Hung Award. Winners will be selected based on crowd response.

Will give a prize to comedian with best jokes and roast which will be selected based on crowd response.

Paul Rock is a comic and also an N.D. (Not a Doctor). When on stage he uses his time to provide his audience medical information questioning vaccine efficacy by sharing info from a medical website for conservatives, Facebook, that is peer reviewed through millions of Facebook users.

Elizabeth Hickey is a comedian and one of the meanest people you'll ever meet. She almost fits back into her pre-Quarantine wardrobe. Jealous? You should be.

Sarah is an NYC based stand-up comedian of Moroccan and Japanese descent. She has previously worked as a journalist and a comedic writer for the non-profit, Comic Relief.