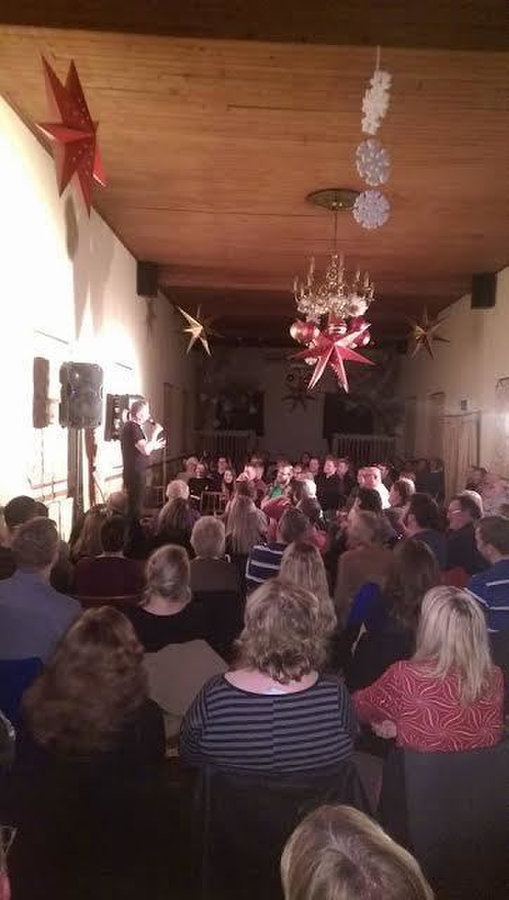 Funhouse Comedy Club is back at the Lyric Rooms, Ashby-de-la-Zouch on Thursday November 19th, for another socially distanced night full of laughter.

Topping the bill is The Noise Next Door who have appeared on BBC 1, BBC 3, ITV1, BBC Radio 1 and BBC Radio 4 and have performed alongside the likes of Michael McIntyre, Al Murray, and Harry Hill; will be performing perfectly choreographed routines and enthralling the crowd with their wonderful blend of ludicrous characters, witty one-liners, epic stories and musical mayhem. Their sharp improvised comedy always results in an amusingly unique show.

Opening the night will be the intrinsically funny Lloyd Griffith who has supported Jack Whitehall and Rob Beckett on tour. He has also and made numerous TV appearances including as regular host on Sky Sports' Soccer AM and on Comedy Central Live at The Comedy Store. As a choirboy in Grimsby, he sang on 'The National Lottery, with Dudley Moore who played the piano. Then later in life sang backing vocals on a Bee Gees album. A professional singer but always a natural jester he turned to stand-up and with his down-to-earth cynicism and lively attitude, he enthrals the crowd.

Also appearing is the hilarious Simon Lomas who finished 3rd in 'English Comedian of The Year Competition in 2017 and in 2018 won 'Petfringe Comedian of The Year', the biggest prize in live comedy. He captivates the audience with his imaginative and enjoyable wordplay.

Compere for the night will be the energetic and friendly Spiky Mike.

Socially distanced capacity is just 70, so please book early.
Food available, but must be pre-booked.