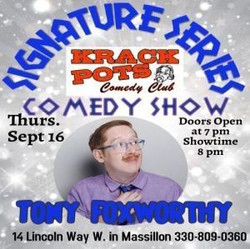 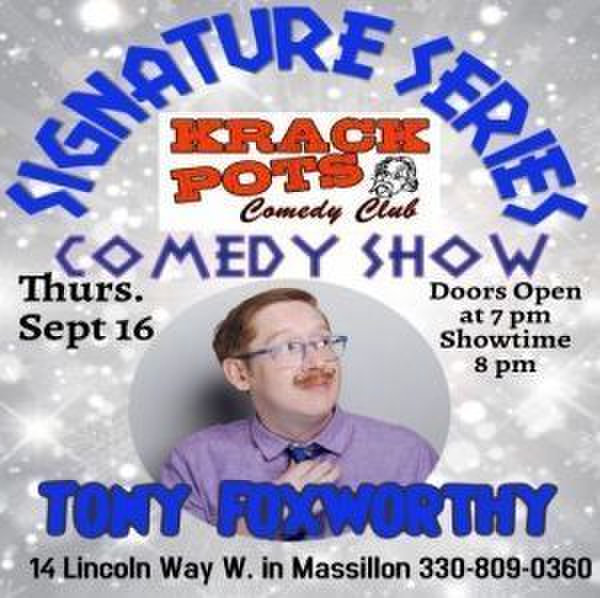 Doors open at 7pm and show starts at 8pm. We strongly encourage you purchase your tickets in advance because tickets available on a first serve bases. Tickets are general admission with a limited number of FRONT ROW SEATING with VIP/MEET and GREET.

Tony Foxworthy is an Indianapolis based comic with a great mustache and mediocre face. He is a regular at clubs throughout the Midwest and beyond, including Crackers and Helium Comedy Club in Indianapolis, Laughing Skull in Atlanta, Mark Ridley's Comedy Castle in Detroit and more; In addition he has been a featured performer at a number of comedy festivals across the country, including Wilmington North Carolina's Cape Fear Festival, Burning Bridges Festival in Pittsburgh and the Milwaukee Comedy Festival. On stage Tony is a goofy storyteller who stays rooted in his experiences as a single dad and a ginger in today's world.