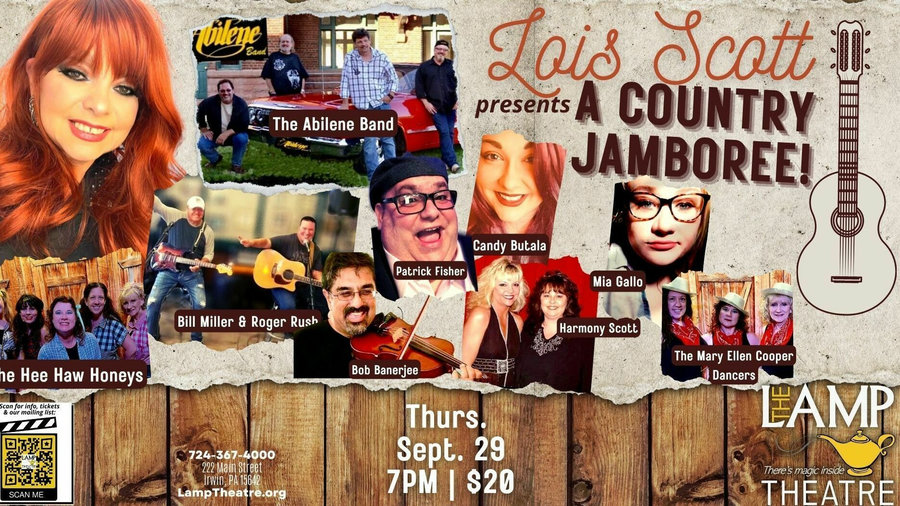 Long before "country was cool," Lois Scott has been entertaining audiences across the USA and Canada since she was eight years old. Lois was born into country music, as her father, "Ramblin Roy Scott" was a regular country artist on the world famous WWVA Jamboree in Wheeling, West Virginia. Roy took Lois on the road many times as a little girl to perform with him in his shows.
in the late 70's Lois formed her own country band, "Back up and Push." This extremely popular Pittsburgh based band and Lois traveled the country for almost six years. Lois became a welcomed "opening act" to many of Nashville's biggest and brightest country stars of the day. Just to name a few Lois worked with are: Meryl Haggard, Tammy Wynette, Loretta Lynn, Oak Ridge Boys, Ricky Nelson, Marty Robbins and more.
In the mid-80s, Lois teamed up with her two sisters Jan and Lori to form vocal group "Harmony Scott." After seeing Harmony Scott appear on the Nashville TV show, "You Can Be a Star." the girls were contracted by the WWVA / Jamboree USA musical director to appear on their live Saturday shows. Quickly becoming audience favorites, they were inducted as official members of the WWVA / Jamboree USA where they performed together until the mid-90s. Some of the great country artists that girls open for on the Jamboree were: Roy Clark, Eddie Rabbit, Steve Warren, Neal McCoy, Marie Osmond, and more.