Nepal is known for adventure trekking. Of the 35 trekking routes, only four sustained damages in the April 25 earthquake.
However, it was wrongly reported in the international community that almost all these tourist destinations were destroyed by the earthquake.
Vice-chairman of Trekking Agencies' Association of Nepal (TAAN), Kul Gurung said Annapurna trekking route, which tops the list of the most favored routes by tourists in Nepal, is totally safe. More than 100,000 tourists travel to this route each year. Likewise, Sagarmatha National Park and Sagarmatha Base Camp, the second in the list, also did not sustain any damage. Every year, over 33,000 tourists trek along this route.
Manaslu, Rolwaling, Rubi Valley and Lamtang trails are the only four affected by the quake. All other trekking routes are in the same condition they were before the quake and are completely safe. Meanwhile, Manaslu has an alternative trekking route, says tourism entrepreneur Saroj Thapa.
Likewise, among the 10 National Parks, only Lamtang National Park was affected by the quake. All others are safe.
Although heritage sites enlisted in the UNESCO's World Heritage Sites suffered damages in Kathmandu, Bhaktapur and Lalitpur, major attraction sites in Lalitpur and Bhaktapur are intact or only need some reparations before they can be opened for visitors.
Tourism Hotel Organization said 90 percent hotels are safe.
Yet, number of tourists has fallen sharply after the earthquake.
Tourism expert Gyaneswor Mahato says in addition to telling the tourists that Nepal is safe for travel. it will be a good opportunity to inform them about new trekking routes and take them there.
The new routes Humla-Rara-Khaptap trail, Lumbasumba Pass and Baglung-Rolpa guerilla route are all safe.
More details www.himalayanexperts.com 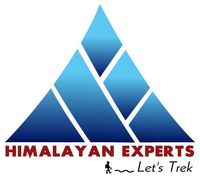