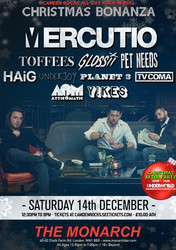 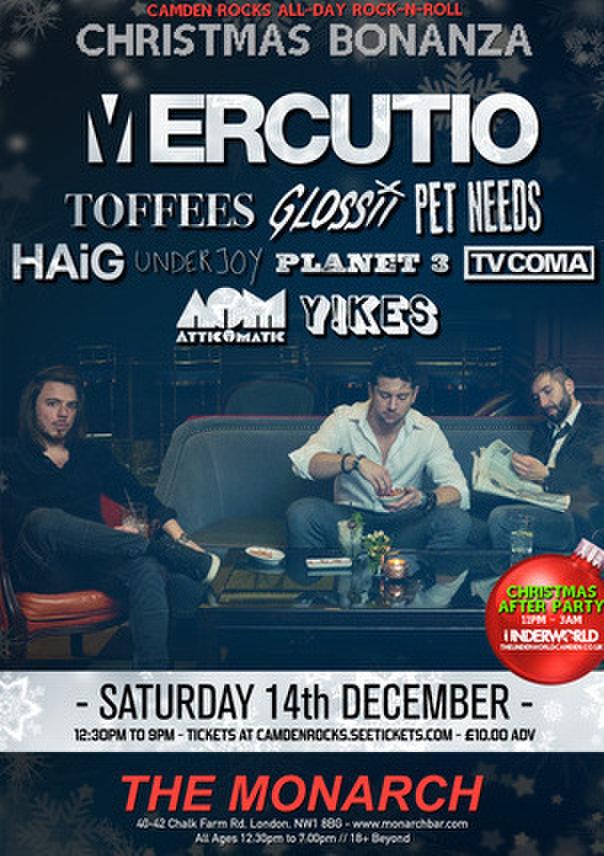 Since the continued success of Camden Rocks Festival, we're running a string of 'presents' shows to give you some of the best new alternative, indie, rock & metal music about!

Mercutio - https://youtu.be/xGoY-h1YMhc
Mercutio are Ross William Wild (Vocals), Fabio Staffieri (Guitar), Francesco Lucidi (Drums). Special guest Andre Lonardi (bass). The debut single ‘Back to Nowhere’ was mixed by Brit Award winner Alan Moulder and it was playlisted by Planet Rock Radio. The album was very well received critically by all the major music magazines including: Classic Rock, Prog, Metal Hammer and the singles “Anytime” and “Reasons to Erase” had been featured in two compilation albums enclosed on Prog Magazine. They are now working on a new album produced by Diverge Records with Giovanna Romagnoli. The playlist will include the new singles Where the Pain Lives and Shed your Skin.