Stacie Collins at The Lexington - London 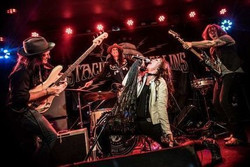 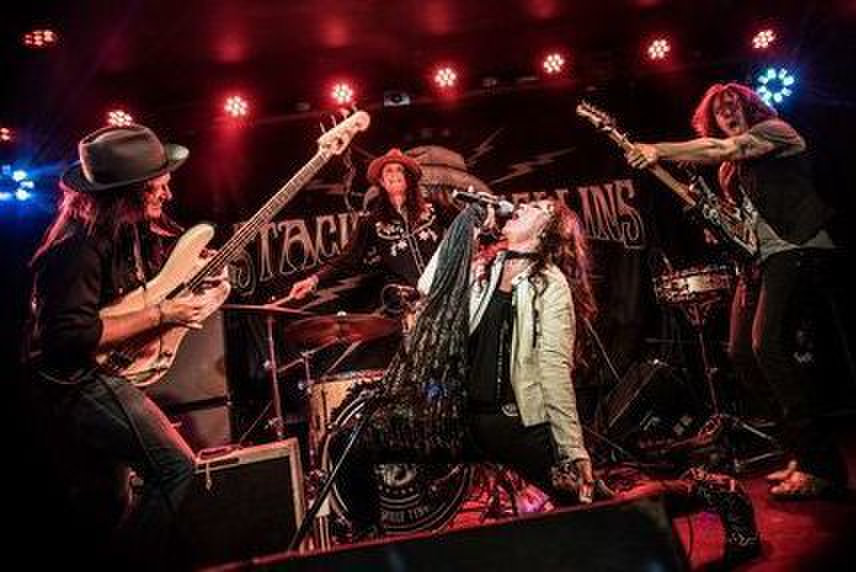 Stacie Collins hears it every night. Same thing. “Over and over I get, “I’ve never seen a girl do that,’” says Collins, who tends to smile sweetly and just say, “Thank you,” after finishing shows where she and her harmonica howl, moan, rock and roll through hours of high-intensity, table-jumping, rejuvenating, exhilarating, rock & roll music. “Imagine a late-night lock-in jam with Aerosmith, the Stones, and ZZ Top, fronted by the equivalent of Ronnie Van Zant, or maybe even Shania Twain with balls,” is how Classic Rock magazine described this thing that Collins does.

She’s a favorite of Dan Baird, a Chuck ’n’ duck rocker who took the Georgia Satellites to chart-topping heights. She’s a favorite of Warner E. Hodges and Jason Ringenberg of Jason & the Scorchers, who invented country-punk music. Her husband, co-writer, and producer, Al Collins, plays bass these days for the Scorchers, but Scorcher-dom isn’t cause for fandom. Warner and Jason don’t like her ‘cause she’s related. They like her ‘cause she’s badass.

The latest iteration of Collins’ badassery is Roll the Dice, her fifth album and the best-yet showcase for her exuberant, harmonica-drenched, cocktail of rock, blues, and Americana. For this one, Collins brought in her bass-playing husband, guitar slingers Baird and Audley Freed (The Black Crowes, Dixie Chicks, Jakob Dylan), drummer, Brad Pemberton (Ryan Adams, Patty Griffin, Willie Nelson), and other master musicians. “With players like that, the energy comes from the music, and it becomes all about heart,” she says. “You leave your brain somewhere else. I don’t know how to classify this stuff, but people say it’s unique and familiar at the same time.”