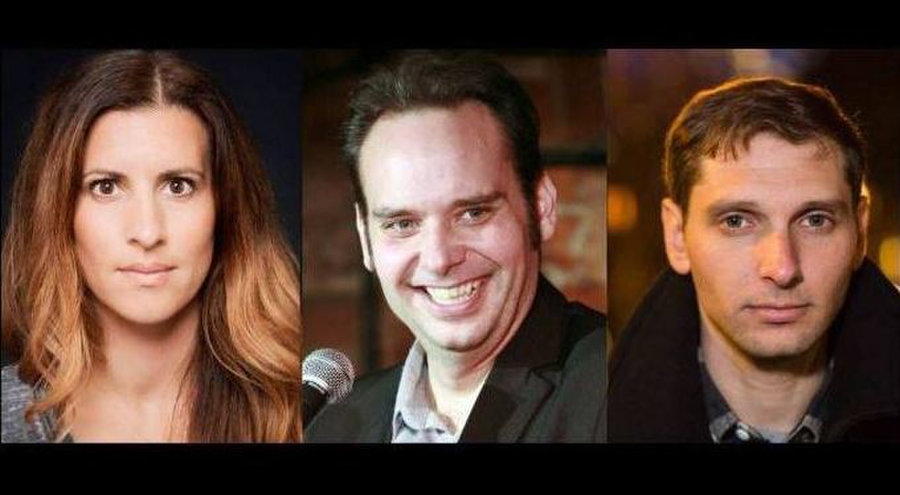 Robby Slowik (USA) has been called “a national treasure and comedy’s most talented talent” by an anonymous reddit account that is definitely not controlled by Robby Slowik. Aside from clubs and venues nationwide in the USA, Robby has done stand-up on Conan (TV!) and numerous festivals such as The Great American Comedy Festival and Laughing Skull. He has also written for TV including working with Jon Stewart on his HBO project, as well as shows for IFC, MTV, and Comedy Central.

David Tsonos (Canada) has been touring Canada since 1999, from one end to the other several times, and now doing shows in the USA and the U.K. When not touring David has acted in commercials and TV shows. He also has found time to Write and Direct his own independent films. He is fresh of a sold out run at Edinburgh Fringe Festival with his show 'Walking the cat two'!

Casey Balsham (USA) has been seen on Lifetime, NuVo TVs Stand Up and Deliver, Arise 360 news, TIDALs No Small Talk Series, and appeared on Gotham Comedy Live twice. She was selected to perform at Festivals in North Carolina, Austin, Atlanta New York Comedy, Maine and was a finalist at The Big Sky Comedy Festival in Montana. Casey was one of the lead roles in the off Broadway production of HA! The Musical, a musical about stand up comedy that sold out every show in its first run, and in its second run at the NYCF.