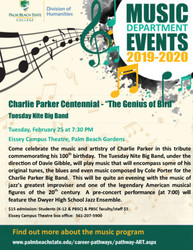 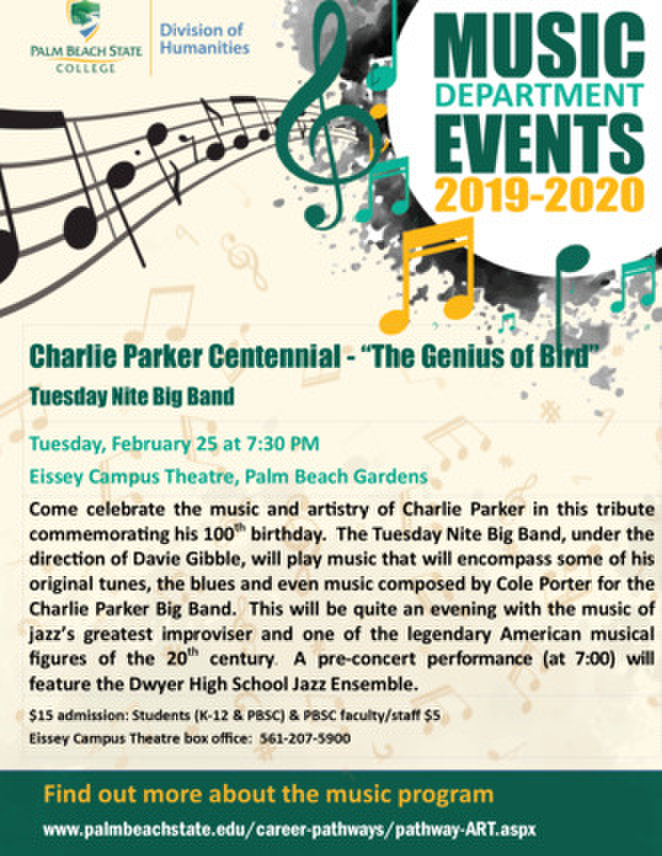 Celebrate the music and artistry of Charlie Parker in this tribute commemorating his 100th birthday with the PBSC Tuesday Nite Band with a special pre-concert performance by the Dwyer HS Jazz Ens.

Come celebrate the music and artistry of Charlie Parker in this tribute commemorating his 100th birthday. The Tuesday Nite Big Band, under the direction of Davie Gibble, will play music that will encompass some of his original tunes, the blues and even music composed by Cole Porter for the Charlie Parker Big Band. This will be quite an evening with the music of jazz’s greatest improviser and one of the legendary American musical
figures of the 20th century. A pre-concert performance (at 7:00) will
feature the Wellington High School Jazz Ensemble.