Comedy Game Showdown! - May 23 at the SoCap Comedy Theatre 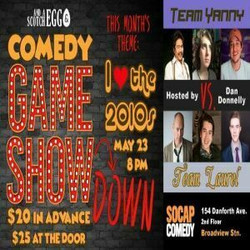 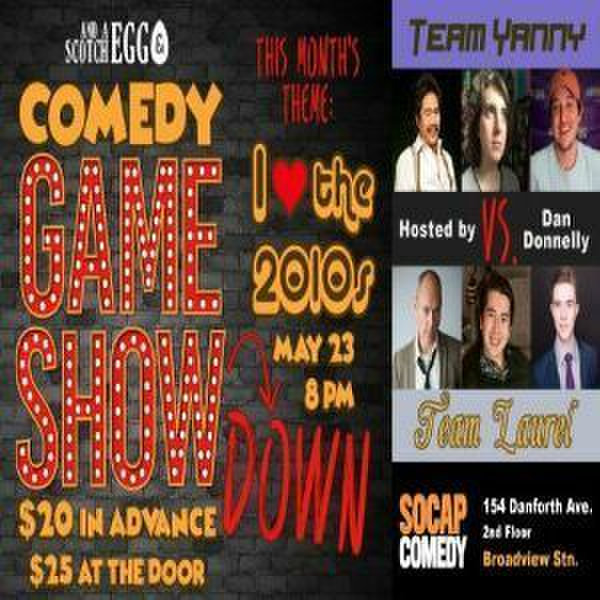 On each episode of Comedy Game Showdown, two teams of Toronto's finest comedians face off in a series of quizzes, games, and debates on a monthly pop-culture theme. Come on down to see which team will win the game, and with it...the people's ovation and fame forever!

Join us May 23rd for a special episode looking back at the popular entertainment, culture, and events we all remember from the years 2010-2019. From Gangnam Style and the Mayan apocalypse to fidget spinners, Harambe, and humanity's first glimpse of a black hole, anything and everything might come up as our two teams of comics duke it out in a riotous romp through the last decade!