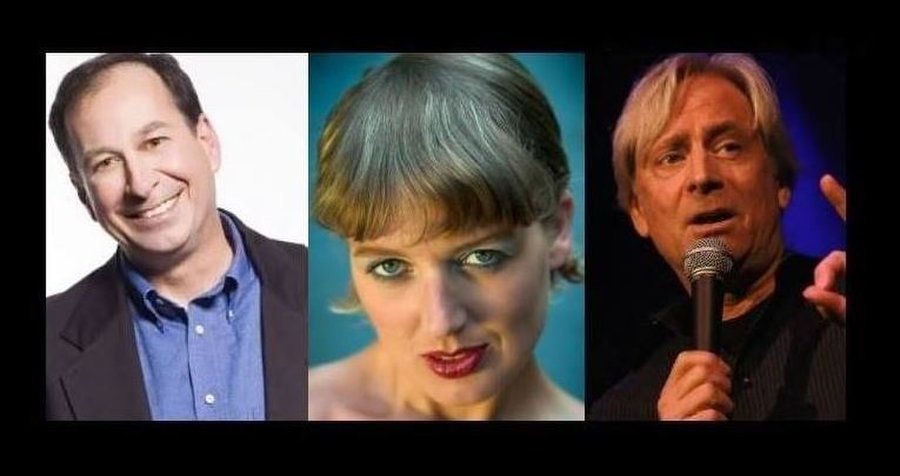 Join us for a special editon of Luxembourg Comedy Showcase with our fabulous 4th Anniversary Special celebrating 4 years of Luxemboug Comedy's founding - featuring 3 pro acts instead of 2! Welcome :)

**THE ENTIRE SHOW IS IN ENGLISH**

Reserve all advance tickets via e-mail:

Door price without e-mailing: 25eur each

Mike Guido (US) - Mike has made eight US national television appearances, and has worked with some of the days biggest stars, like Robin Williams, Jay Leno, and Ellen Degeneres, and he can even be heard regularly on Sirius XM Satellite Radio, Pandora, and iTunes. His one-person stage show, “A Real Man – Dad. Daughter. Autism.” has been called, “Moving, incredibly uplifting, and truly an inspiration” by FOX TV.

Kristel Zweers (NL) - Kristel kick-started her comedy-career by winning the silver prize in the Dutch Lucky Strike Comedy Talent Tour in 2001. She has also toured with 3 of her own 90-minute solo shows and has also participated in “De Lama’s,” the Dutch version of ‘Whose Line Is It Anyways.” In 2009, her first solo “Onschuldig” (Innocent) featured on Dutch TV. She has performed in places like Curaçao, Bonaire, Singapore, KL, Brunei, Dubai, Portland USA, Jakarta, Beijing and Guangzhou.