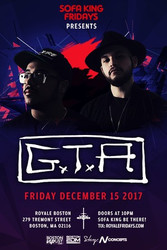 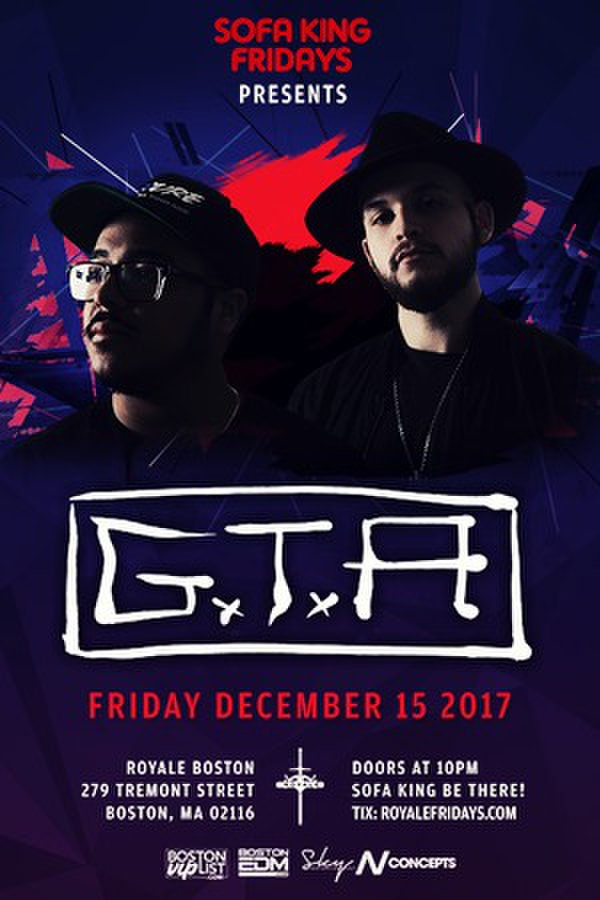 Artist Biography:
Thirty push-ups and a shot of tequila each: that's all the preparation Julio Mejia and Matt Toth need to throw down a killer set, to turn from laid-back, unassuming 24-year-olds into the scene-stealing DJ and production duo GTA. While their warm-ups are routine, Mejia and Toth's performances are anything but. GTA sets are musical joyrides with the guys at the wheel, as they speed from trap and hip-hop into booming electro, take unexpected detours with rock and R&B, and screech to a halt for massive bass drops. Despite GTA's wild, unpredictable sets, everything the duo does - both on stage and in the studio - is unified by a simple mission statement: death to genres. "A lot of people argue about the kind of music they listen to, what's cool and what's not," Mejia explains. "But for us, it's just about good music." The duo's open-mindedness is closely tied to their Miami roots, as they were exposed urban, electronic rock and Latin sounds in equal measure. "Our friends were into everything," Toth says. "That's how we grew up." They also got early starts in making their own music; Mejia played trumpet in middle school - he was part of a salsa band for a time - and later learned drums and guitar, and Toth taught himself to play guitar before attending audio engineering school. Slowly but surely, though, the guys found their way into Miami's dance scene. Toth attended Ultra Music Festival for the first time in 2008 and Mejia scored a job working in the festival's Carl Cox tent the following year. They also began to experiment with production and DJing.