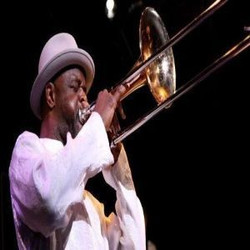 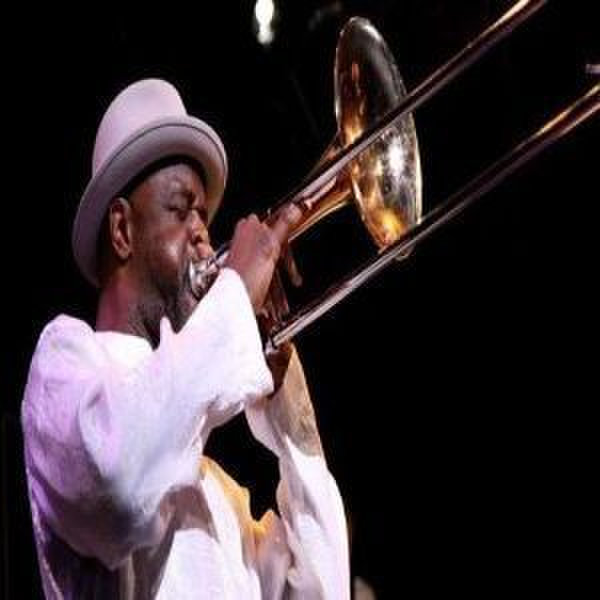 When Craig Harris exploded onto the jazz scene in 1976, he brought the entire history of the jazz trombone with him. From the growling gutbucket intensity of early New Orleans music through the refined, articulate improvisation of the modern era set forth by J.J. Johnson, into the confrontational expressionism of the ‘60s avant-garde, Craig handled the total vernacular the way a skilled orator utilizes the spoken word. He has performed with a veritable Who’s Who of progressive jazz’s most important figures and his own projects display both a unique sense of concept and a total command of the sweeping expanse of musical expression. It is those two qualities that have dominated Craig’s forty years of activity, bringing him far beyond the confines of the jazz world into the sphere of multimedia and performance art as composer, performer, conceptualist, music curator, and artistic director. Craig, who comes from a tradition of art as a cultural facilitation to help promote change, has employed his musical voice to comment on social injustice with projects including God’s Trombones, based on James Weldon Johnson’s book of sermons; Souls Within the Veil commemorating the centennial of W.E.B. DuBois’s seminal work; TriHarlenium, a sound portrait and 30-year musical time capsule of Harlem; and Brown Butterfly, a tribute to the exquisite movements of Muhammad Ali.

One performance for 90 minutes.