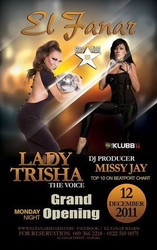 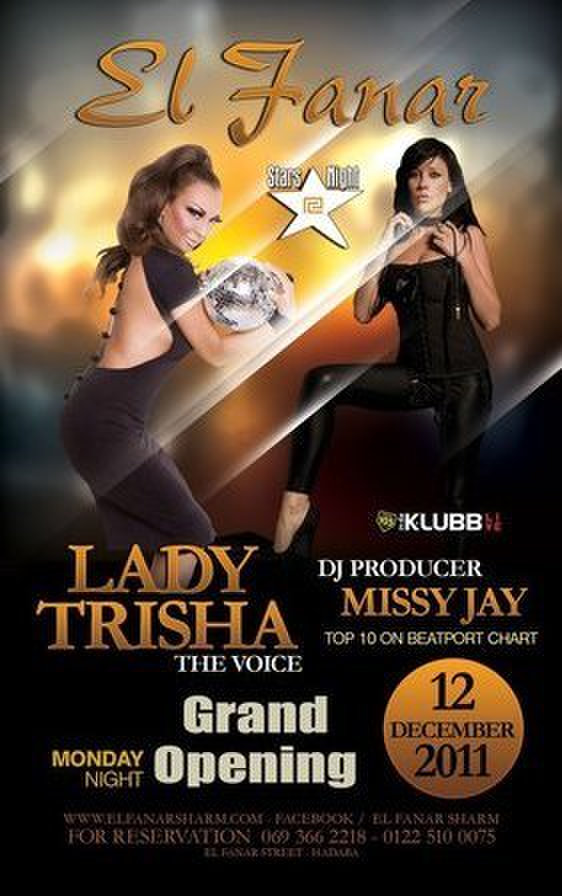 Missy Jay is a favorite at international events and venues around the world. The acclaimed DJ will have people up and dancing during an exclusive El Fanar beachfront party at Sharm El Sheikh.

Missy Jay's appearance at the El Fanar beachfront party in Sharm El Sheikh provides individuals with a stellar event presided over by one of the most popular and well-known DJs in the business.

"I'm so happy to travel to Egypt again this December!" said Missy Jay. "I lived in Sharm for a few months after I finished high school and I enjoyed it so much, but I never had the chance to go back, so I'm thrilled to visit that beautiful land again! I'll be spinning at the beach and it's yeah, my kind of party. Egypt, I love you and missed, you - be ready!"

Missy Jay pumps enormous energy into each of her DJ sets. She's received worldwide recognition for her skills that have been rated as purely exceptional by party-goers, producers and her fellow DJs. She's won numerous awards for her advanced technical skills, dynamic performances and remixes utilizing on-the-fly improvisations, hot cues, sampling live and scratching such as "Best Italian Female DJ" by the music and fashion magazine Matrix and toured throughout Italy representing the magazine following receipt of the award. The high-energy DJ followed that by winning "Best European Female DJ of the Year" in France.

Her innate skills have taken her around the world to gigs in the U.S. that includes the Techno Marathon and Winter Music Conference in Miami, Circus Club in Los Angeles, Café del Mar in Brazil, various clubs in Dubai and Doha, O2 Arena in London, Bora Bora Beach and Privilege in Ibiza, Spain.