An Evening inside the mind of Neil Rubenstein 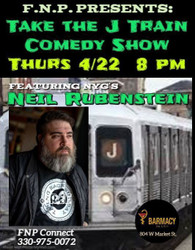 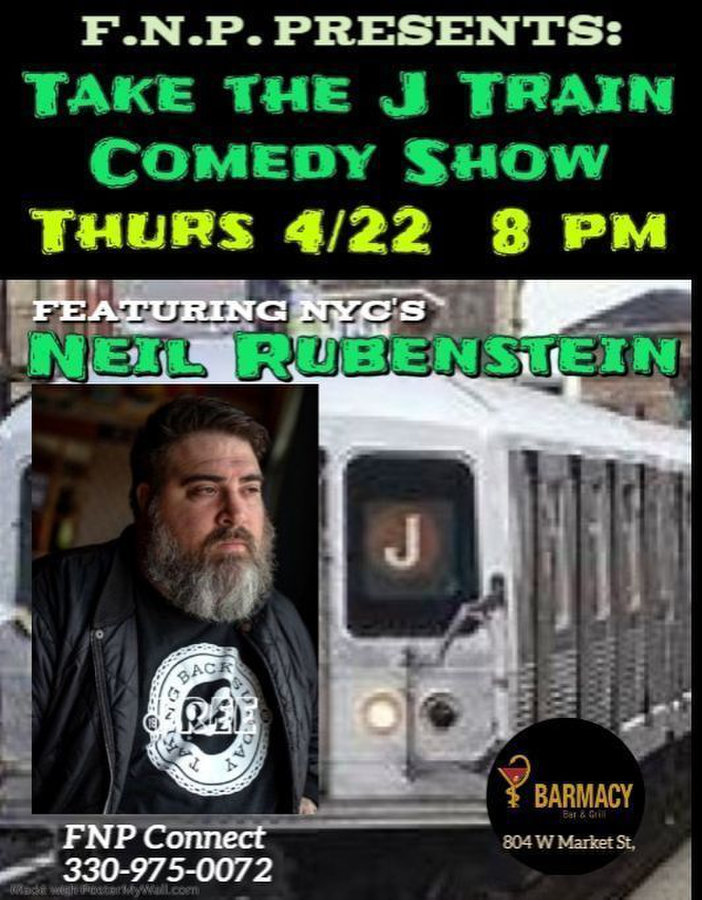 Funny Noizes Productions and Barmacy Bar and Grille located at 804 W Market St, Akron, Ohio are back in full swing and hoping you'll join us for another great show.
Neil Rubenstein is a burly, tattooed guy who plays against type; kind, cerebral, but still casually mentions past illegal activities (running a poker room, owning a brothel, etc.) the way one might reference a Renaissance Lit course you took in college.
Headliner tonight is Neil Rubenstein. Neil doesn't do drugs. He's never had a sip of alcohol. So it may come as a bit of a surprise when the Long Island comedian references past occupations like owning a brothel or running an illegal poker room. It's a dynamic that makes Neil both incredibly interesting and incredibly funny - something that served him well when his role on a Spike TV show as a gambling expert introduced him to the world of stand-up comedy. Stand up was more than an outlet - it straightened out his life. "I accidentally became a good role model," Neil Rubenstein says. Neil doesn't shy away from discussing his former life of crime. Though he credits comedy with in some ways saving his life, his past experiences inform his understanding and his art. They also inform his work ethic.
Tonight FNP's own Chris Ketler will do the MC/Host thing and try to keep the show moving along as only he can do.