An Evening of Comedy with Steve Sabo 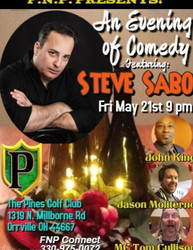 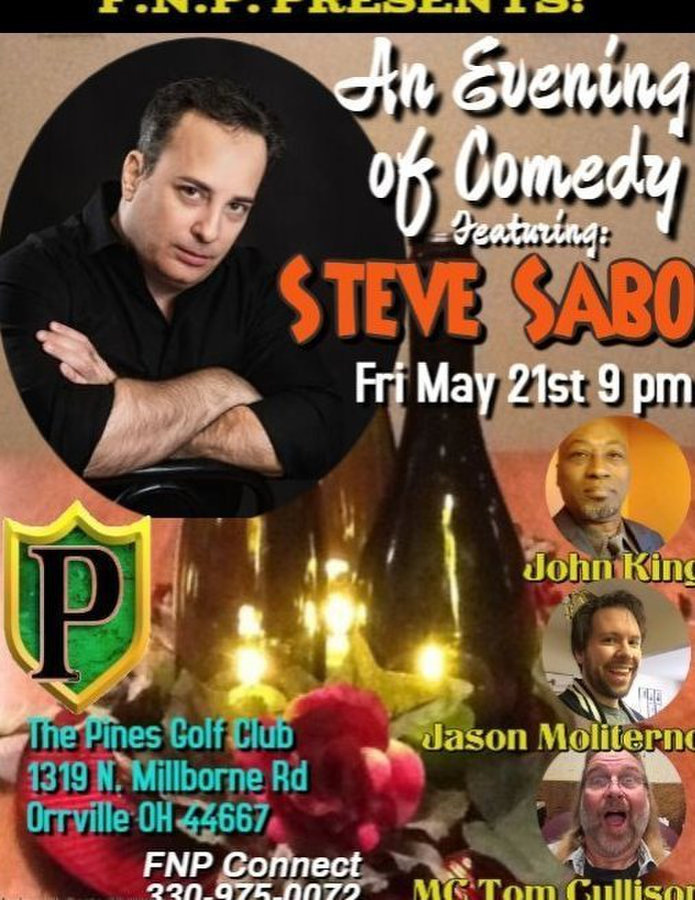 Funny Noizes Productions & The Pines invites you to An Evening of Comedy with Steve Sabo on Friday, May 21st @ 9pm.

Tickets for this show are available through Eventbrite or by calling FNP Connect 330-975-0072. Advance tickets are ONLY $10. Tickets at the door day if show $15. Be sure to check out the limited number of VIP/Meet & Greet tickets

Headliner Steve Sabo's vocabulary does not include the words slowing down. Tirelessly working the road an astonishing 52 weeks a year, this comedy road warrior brings laughter and joy all over the nation, and beyond. No stage is too big or too small; he has performed for crowds as large as 5,000 and as small as two. First hitting the comedy stage straight out of high school at 18, he has honed his craft at comedy clubs, dirty bars, shiny casinos, military bases, cruise ships, colleges, corporate shows, fundraisers, restaurants and even a back yard or two. His comedy has universal appeal, and his experience shows it.
In his 29 years as a performer, he has had the privilege of sharing the stage with comedy legends such as Joan Rivers, Chris Rock, Kevin James, Dave Attel, Jim Breuer, Christopher Titus and Tom Green. He has made television appearances on HBO, NBC, E! and Comedy Central. He is heard regularly on SiriusXM Satellite Radio and has appeared on the nationally syndicated "Sex Talk Live", "BTS Radio Show" and "The Jiggy Jaguar Show".