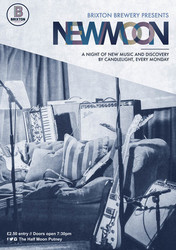 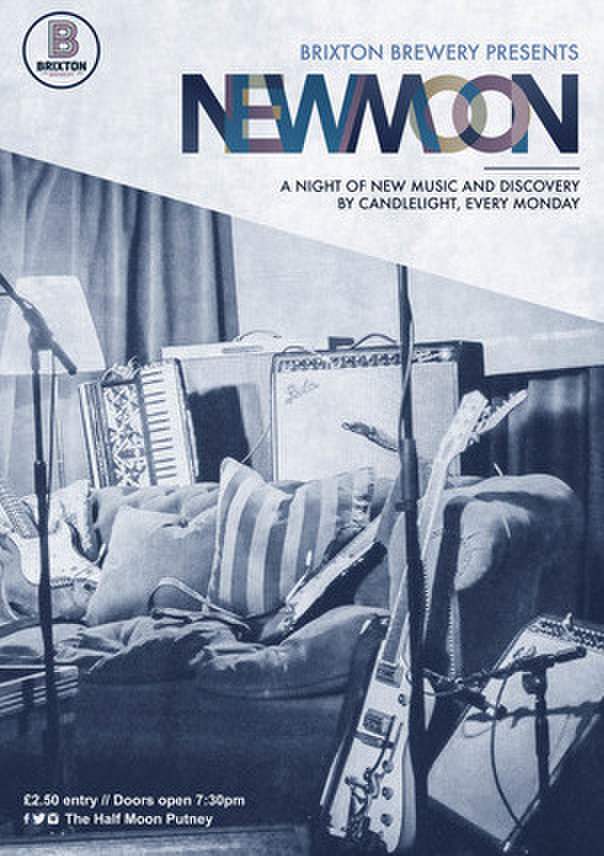 A night of new music and discovery. Singer-songwriters, bands, poets, performance artists
New Moon offers music fans the chance to see the best up-and-coming acts from the UK, Europe, and the world

Amber Liadan has a pure, authentic sound, rooted in a Rock and Folk heritage of her musical parents (Heather Mac and Tim Parr, from 80’s rock band - Ella Mental). Her sound influences are Rock, Reggae, supported by rustic open pentatonic guitar tunings covering light and dark notes congruent with her all - powerful voice. AmberLiadan has been living in London for the last 3 years, honing her craft as a musician and developing a strong fan base- proving without doubt that she is an international musical enchantress. In her career she has been support act for Steve Newman, Bill Knight, Tim Parr, Heather Mac, Robin Auld, Kindred Spirit, Time Flies and Native Young.

Lauren Lucille is an Australian musician who writes heartfelt music that sounds like singer songwriter folk and pop with elements of soul and jazz.

In something of a backward nod to the ways of a bygone era, its fair to say that Ben Hemming didn’t so much find the blues… as the blues found him. It was during a particularly troublesome period in his life, stuck in a dead end job, and having watched his girlfriend walk out of his life, th