Hungarian government sends me in CIA hostels where previously tortured http://ausertimes.blogspot.hu/2017/04/hungarian-government-s
ends-me-in-cia.html
Suggested that I must leave due to age restrictions(they will attempt to throw you out and rob you simultaneously) while calling me racist(real ZIONIST fascist pig calls you a racist after personally engaging in genocide against you)....Your freedom of expression at this two locations will be policed by American Central Intelligence Agency. They will eaves drop who you associate and talk with. If not multiculturalist, your food will be frequently thrown away by staff, you will be harassed by staff, and even life threatened by staff. No washing machine for you. Beds are so thin that you feel springs. Violent, dangerous, and all supported by Budapest government...talking about RETOX & YOUR MOM'S HOSTEL !!!

Thanks to the beyond corrupt Hungarian government, owner of the hostel will try to pocket your money by avoiding to issue you the receipts for your stay(you will have to ask over and over again and even threaten them to get one). This hostel is part of Retox Party Hostel and was/is ran exclusively by American Central Intelligence Company here to police US and international travelers. Your laptop will hacked 24/7(scanned, frequently disconnected from WI/FI, and even ruined)...etc...

I may record video on this issues as well...I searched and searched for internet last evening(lets just say that a very good place for stay otherwise, have suddenly become a bit too crowdy not cheese, but crowded with risks - for my taste) and have therefore continued to work on project as seen bellow(went straight 50 hours without sleep)...

And so as I walked "Las Vegas"(just like Las Vegas, Budapest is also city that never sleeps and its how I refer to one as due to other mentioned issues), and I have wondered all the way to the other side of the town in a location which I will not publicly mention(its a public place and its not gonna make any difference other than creating a temporary inconvenience for agencies), but where CIA and Russian KGB are based together(in very same building - yes). It may sound funny to you, but that is the case...

Well...poor me have continued to work across the night all the way to the morning hours when apparatchiks have climbed out of their beds and have come to load their empty stomaches for the "productive" day ahead with best Hungarian food and top hospitality one can possibly imagine....

And so I worked and worked on this 3 hours long project and have eventually exchanged with Mr CIA boss for Hungary verbal greetings(we greeted one another) that very morning...he was also kind enough to send me two Russian operatives to check the titles of my videos(videos as seen bellow) who have reported him back with details etc(had laptop positioned in a way so that those wouldn't have problems seeing video titles of videos that converter worked on...I have also take a short walk to keep myself awake....make things as easy as possible for them to get my message across).

Here is the second portion of message CIA....pack your boys and get out of my way scum !!! I really want you out of the Europe !!!

As far as Russian KGB in Budapest.... if I were Putin, I do throw out every single immigration officer out of Andrassy 106 and every single KGBchick out of here mentioned location !!! As a matter of fact, I would dismiss them from any further government services because of conspiracy committed against Russian and white people worldwide(inlc. Americans who have as a result of this operatives no alternative other than to comply with genocide) !!!

You are fascist ZIO aggressor America and I am determined to kick your ass out of Europe and America(it will start here, but will not end here - that I guarantee you !!!) !!! STAY OUT OF MY WAY SCUM(was suggested by CIA weirdos under MKULTRAS who are here in Budapest that at one point I will just disappear to US, well...here is my advice for you criminals....think twice about that !!! You are dealing with me and not shitty weaklings like yourself, and trust me...I really don't like you...I have never ever worked for you and I never ever will work for you...what you have committed are firm acts of genocide against me....you are a threat to humanity and as such have to be terminated - I will not waste my time in your shitty government agency to give you excuse for genocide and disburse you from financial liabilities related to my case...you have to find yourself another "Christ"...I have agenda...I have credibility...I got goals and am not career oriented, but instead result driven individual...I am ambitious even more than I was...what do you have !!?????) !!!

I don't mind you at all to work together(it can be very effective due to safety, cost reductions, and can bring people together on a long term if mutual gradual improvements meet goals, but this is just not the case at this time when our countries are under ZIO USAUSSR attack and we have corrupt apparatchiks and politicians covering up enemy's ass !!!), but do mind corruption(I hate corruption with passion) !!!

Throw them out Mr. Putin !!! No wonder that I got such reception(total arrogance and unwillingness to humanely relate to persecuted victim in any way...to even play down his will to fight for survival - BEYOND DISGUSTING !!!) at Andrassy 106 !!! 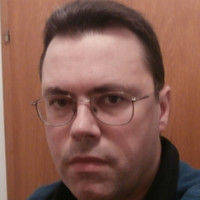