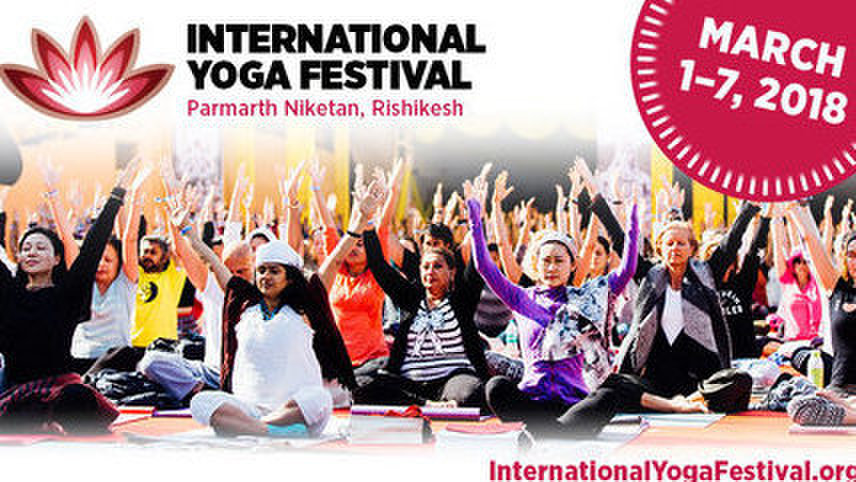 The International Yoga Festival is organised by Parmarth Niketan Ashram in association with the Ministry of AYUSH, Uttarakhand Tourism Development Board & GMVN.

Since 1989 IYF has been taking place in Rishikesh and since 1999 Parmarth Niketan has been hosting this world renowned event which has grown to international acclaim and which grows in size year after year.

Yogacharyas, teachers, students and seekers come from every corner of the globe to participate in this program. Next year there will be more than 70 presenters, from 20 countries, giving nearly 150 classes, from 4:00 am until 10:00 pm. Ashtanga Yoga, Raja Yoga, Bhakti Yoga, Kundalini Yoga, Iyengar Yoga, Vinyasa Yoga, Bharat Yoga, Deep Yoga, Shintoh Yoga and Somatics Yoga are just a few of the more than 60 different offerings throughout the week. There are also classes in meditation, mudras, Sanskrit chanting, reiki, Indian philosophy and much more. Further, spiritual discourses will be held by revered spiritual leaders from India and abroad.

There will also be cultural dance/music performances highlighting the culture of this Himalayan Garhwal region as well as music from musicians from Israel, Australia and the U.S.

The International Yoga Festival explores the eight limbs of Yoga and how they apply to our lives whether we consider ourselves Yoga students or not. Please join us as we breathe in the sights and wonders of India and meet one another on this path of discovery and awakening.

Yoga is an ancient science which leads to health in the body, peace in the mind, joy in the heart, and liberation of the soul.