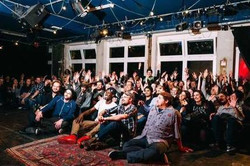 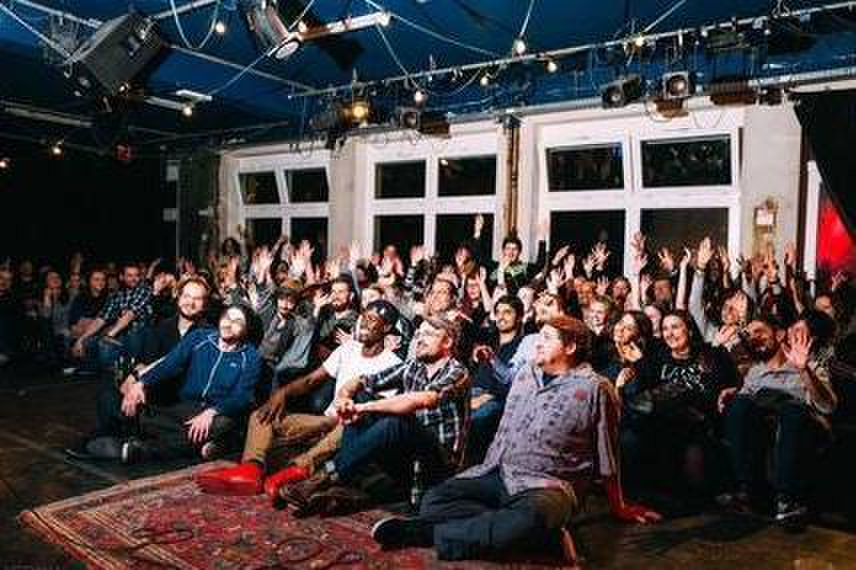 This month at #ELCN we are pleased to announce our line up
Carmen Chraim and Paco Erhard.

Carmen Chraim
Born and raised in Lebanon, Carmen Chraim wins over crowds with her high energy presence & rapid-fire anecdotes. Thanks to her Middle Eastern background, passion for hummus, deep experience with corporate Germans and sarcastic political views, she’s often seen as an alternative Arab success story that hasn’t yet been discovered by the media.

She performs mainly in Berlin but also managed to leave her bubble and delight many boring German cities (both West and East). She has performed tirelessly for the Edinburgh Fringe Festival; and found performing on stages in Amsterdam, Barcelona and Warsaw to be very enjoyable.

Paco Erhard
Paco is a German stand-up comedian, writer, and radio commentator who is known for his “side-splittingly funny, violently politically incorrect humour” (The Argus). He has lived, worked and performed in 5 countries, in English, German, and Spanish. Pulling no punches about issues in Germany, Britain, Australia, or the rest of the world, Paco’s shows have been a sell-out success in Brighton, Edinburgh, London, Adelaide, Melbourne, and Sydney.

Paco has performed for the German-Australian chamber of commerce, the Goethe-Institut, the German consulate general, high-IQ society Mensa, and at various educational institutions. He has also been featured on national Australian radio SBS as a comedian and expert on cross-cultural issues multiple times and can be heard on South Australia’s Radio FIVEaa.