Does anyone know how long you can use your foreign driving license in Germany? And can you tranfer it into a German driving license, or do you have to take a new driving test?
Thanks for your help! 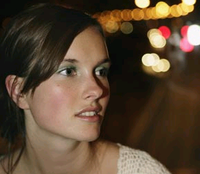