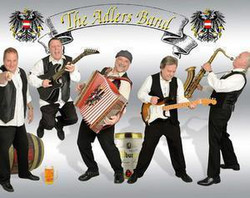 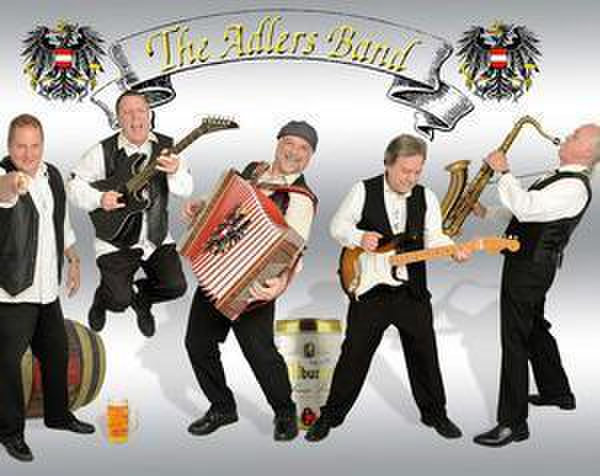 Join us for a fun afternoon under the pavilion at the D and H Canal Park for an OCTOBERFEST MUSIC CONCERT featuring The Adlers Band – a fabulous band that has musical roots that extend back to September 1979 at the hands of founder and guitarist Adi Adler, singer and "band mother" Tina Adler, along with their son Barry on accordion and Eddie Spatarella- "band brother" on drums. Austrian and German Alpine music formed the core, and as time progressed, additional musicians to the band- including one of New Jersey's top Polka band leaders of the 1950's and 1960's Tony Szurka helped to launch this band into performing its Polish repertoire and nudging the band in a new positive direction. The latest band consists of the original Adlers with Eddie Spatarella, and now including Johnny Grisbacher (Sax and Clarinet), John Miksza (Lead Guitar), Anthony Del Bagno (Acoustic Guitar and Bass Guitar), and Dana Sylvander (Trumpet and additional Brass) and our newest addition, our very special female singer Lisa Podesta joining in 2015 - presenting one of the most intense voices in the industry.
The Adlers are most proud to feature world-class entertainer Mike Killmer into their fold. Mike is a former musician of The Dominoes International and MC at Taj Mahal in Atlantic City, NJ- Hunter Mountain Alps Festival, and guest musician of 18 times Grammy Award winner – The Jimmy Sturr Orchestra. This latest compilation of The Adlers Band blends the perfect amount of Austrian- German - American flavor into one of the perfect Oktoberfest available in the USA today.
We will be serving only non-alcoholic beverages for this event.
We will also have some great traditional wurst and toppings.
Admission:
$5.00 for Members
$7.00 for Non-Members
This event is to support the ongoing mission of the Neversink Valley Museum of History and Innovation.