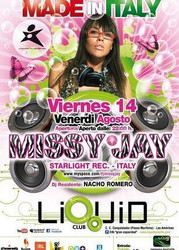 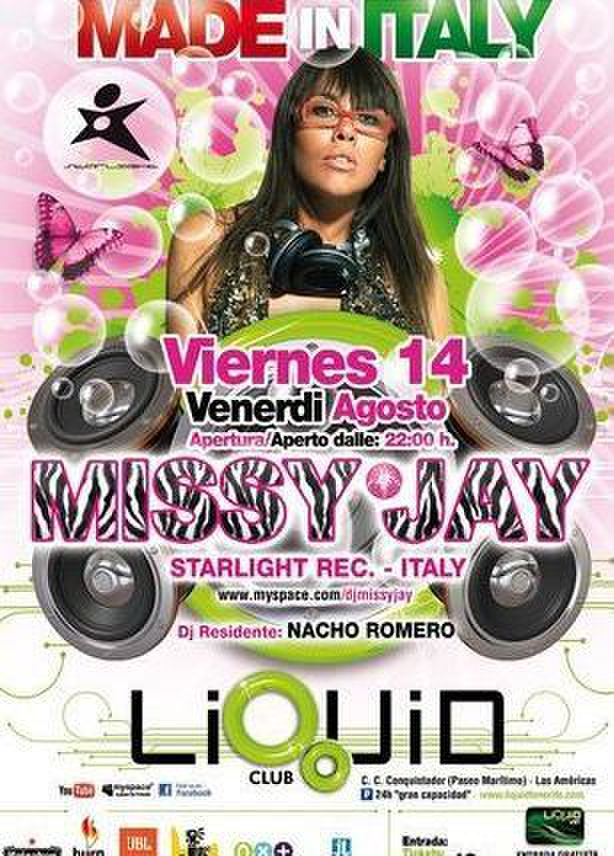 Tenerife, Spain - The futuristic look of Liquid Club in Tenerife, Spain is as unique and original as DJ Missy Jay, who is an award-winning DJ known around the globe, will perform there on Aug. 14.

The award-winning DJ is known around the globe and recently made history by becoming the first female DJ to headline at the Morotva Musical Festival in Hungary.

“Tenerife, I’ll be back! Liquid is an excellent club, the sound system is superb, and I cannot wait to put my hands on their A-plus equipment,” said Missy Jay. “My Tenerife friends will be delighted to see me so often in the island. If I wasn’t living in Ibiza during the summer, I would definitely relocate to Tenerife. Such a beautiful place, awesome people and fantastic food, it is such a special place for me and I am really looking forward to this gig.”

It’s a high-tech wonderland appropriate for the extensive talents of Missy Jay. The DJ, music producer, and owner of the MJM Records label has won top international DJ awards and she’s one of the busiest DJs in the industry and creator of the Jayland Radio Show airing on FM broadcast stations on five continents. Missy Jay’s performances are an art form in which she remixes on the spot and combines her signature technique with beat jumps, spinbacks, cuts and loops for a truly unique experience. Her technique in mixing tracks won her the coveted top titles in the DJette World Cup in France and the Matrix Female DJ Contest in Italy.

The Liquid Club performance on Aug. 14 in Tenerife provides music lovers and party-goers with the opportunity to experience the unique stylings of Missy Jay that have earned her a reputation as one of the most talented DJs in the business and one that always knows exactly what her audience wants.

About Missy Jay
Missy Jay’s “Nobody’s Perfect” track reached No. 5 on the Beatport Techno Chart and the award-winning Dubfire played her track during Cocoon parties in Amnesia. Her performances include those at Privilege in Ibiza, Bora Bor