Getting Away Scott Free. 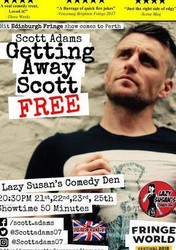 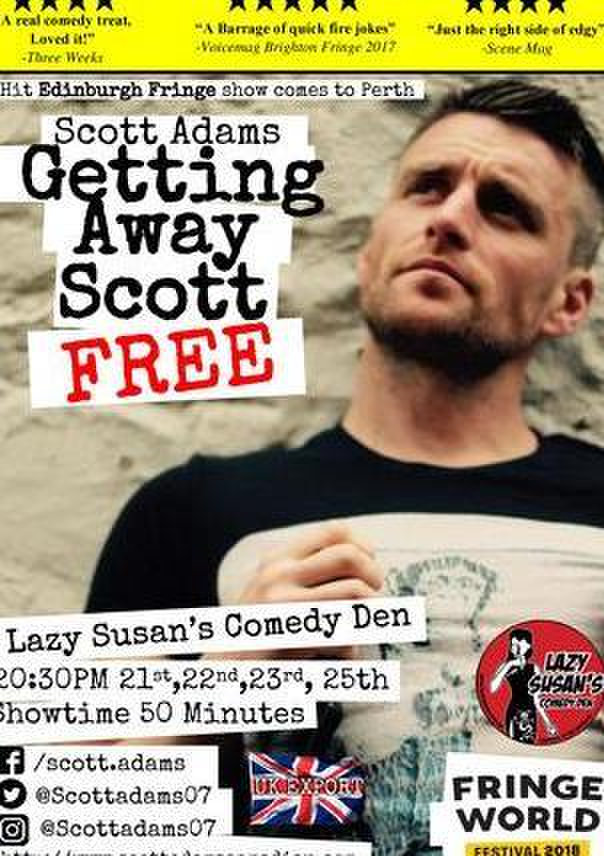 Scott Adams- ‘Getting Away Scott Free’.

UK Comic making his second performing appearance in Australia and first in New Zealand with his 2018 show.

UK comedian, writer, podcaster and ‘Cheeky-London-Chappy’, Scott Adams brings his new 2018 show to Australia and New Zealand respectively. This brutally funny, honest and high energy show, let’s you into Scott’s world as a ‘numpty in love’ and how he’s dealt with the ‘ones that got away’. Scott’s sharp, witty and hilarious storytelling, keeps you engaged, enthralled and most importantly, laughing all the way to the bank.

As someone who has performed all over Europe, the US and even in Australia in 2017, Scott is equally at home with both a domestic or international audience. Not afraid to go ‘off script’ and use his stellar improv and audience interaction talents. Scott’s crowd work is a great string to his bow that guarantees no two show will ever be the same.