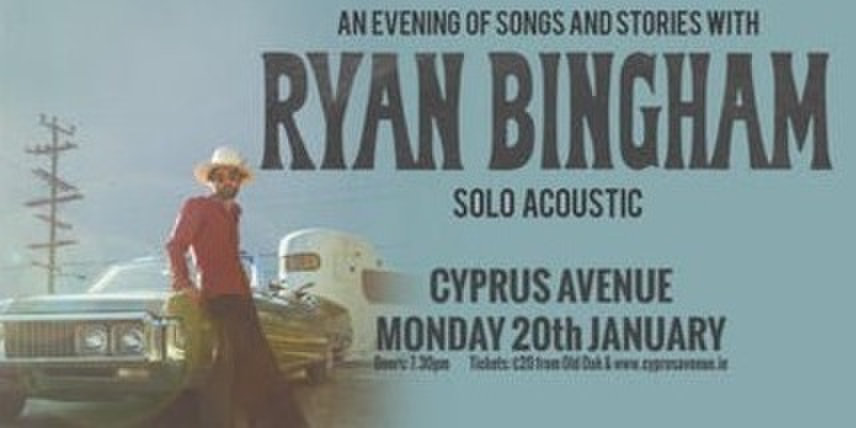 An evening of songs and stories with Ryan Bingham

Yes, Ryan Bingham grew up in the South. Texas, mostly. But there wasn’t much in the way of consistency to his upbringing, other than his family’s chronic existence on the wrong side of the tracks. He was born in the small city of Hobbs, New Mexico, hard up against the Texas Panhandle. He grew up in the west Texas oil fields, then spent time as a teenage rodeo cowboy in towns all across the state. Along the way, he absorbed the Cajun culture of western Louisiana, the hardcore hip-hop favored by his Houston friends, and the border songs of the Mexican immigrants. Until he moved to California in 2007, he never lived in any one place for more than two years. From the beginning of his recording career, with “Mescalito,” Bingham has defied easy classification. As a rising country star, he ranged from Woody Guthrie-style folk songs and Spanish-language balladry to gritty hard rock. It’s all American music; fittingly, he was honored as the Americana Music Association’s 2010 Artist of the Year. He’s enjoyed thrilling highs and suffered debilitating lows, sometimes all at once. While his career was taking off - he won both an Oscar and a Grammy for “The Weary Kind,” the theme song he wrote for the film “Crazy Heart” - he was coping with the tragic deaths of his mother, an alcoholic, and his father, who took his own life. The losses put Bingham in a dark tunnel, and it took a while to crawl his way out. With the help of his wife, Anna Axster, and some inner soul-searching, Bingham has come back into the light. “American Love Song,” the third studio album from the AxsterBingham indie label (after 2012’s “Tomorrowland” and 2015’s “Fear and Saturday Night”), takes all his influences - both musical and experiential - and unites them in Ryan Bingham’s best, most fully realized record to date. “I always really struggled with my identity - who I was, where I was from,” Bingham explains of his long, deliberate pursuit of wholenes